Leading the world in fluid film bearing innovation since 1912. 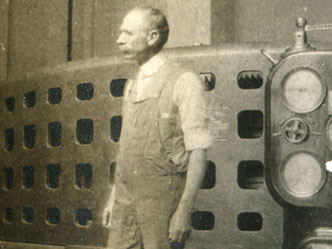 Dr. Albert Kingsbury invented the tilting pad hydrodynamic thrust bearing in 1912. Since then, Kingsbury, Inc. has been the leader in the design and manufacture of tilt-pad fluid film thrust and journal bearings for all types of rotating machinery, with hundreds of thousands of installations worldwide.

Over the years Kingsbury has committed itself to engineering bearing solutions to meet specific application challenges and to continuous improvement through dedicated research and development efforts.

In addition to its core line of flooded, tilting pad hydrodynamic bearings, Kingsbury offers the options of directed lubrication and fixed profile geometries, as well as rolling element, specialty bearings. All are designed to enhance equipment performance in machinery for power generation, oil and gas, refineries, marine propulsion systems, and process equipment used for rock crushing, mining, steel making, defense and many other applications.

To keep pace with the demand for faster speeds, heavier loads, improved performance, and dependability in challenging conditions, more and more equipment manufacturers have confidence in the proven bearing technologies of Kingsbury. 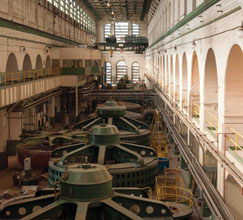 At the turn of the 20th century, Holtwood Station on the Susquehanna River near Lancaster, PA was one of the most sophisticated hydroelectric plants of its time. Each of its ten 10,000 kilowatt generators accepted 45 tons of force from the water passing through its turbines. Under these heavy loads, conventional roller bearings could not last more than two months before failing.

Facing financial ruin, the utility was desperate for a solution. Fortunately, an engineering professor and consultant named Albert Kingsbury, anticipating the need for a friction-free bearing capable of handling much heavier loads, was completing tests on his new invention, a pivoted shoe bearing that rested on a film of oil.

Holtwood invited Kingsbury to install his fluid film bearing in one unit as a test. After faltering just once, the bearing performed flawlessly and supported 100 times the load of previous bearings. The other nine generators at Holtwood were eventually retrofitted with Kingsbury bearings and soon power plants around the country followed suit. 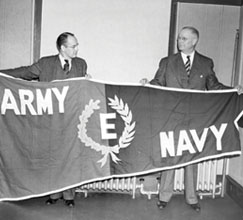 Ingenuity: Over the decades Kingsbury fluid-film bearings have won recognition in academic and industrial circles, all the while winning over high profile customers including major OEMs, utilities, refineries and the US Navy.

Kingsbury's contributions to mechanical engineering have been recognized over the last century with 135 patents since 1915, 60 of which were awarded to Dr. Kingsbury himself. Other awards garnered by Dr. Kingsbury include the Franklin Institute's Elliott Cresson Gold Medal, Philadelphia's John Scott Medal, honorary degrees from Worcester Polytechnic and University of New Hampshire and the Modern Pioneer Award from the National Association of Manufacturing. The company was also presented with the Navy prestigious E award for manufacturing excellence.

Perseverance: Over the past century, Kingsbury bearings have continued to evolve as the company has expanded.

Kingsbury engineers are known for their success in developing innovative problem-solving technologies that increase the load and speed capacity of fluid-film bearings delivering optimal efficiency in a wide range of machinery. No other bearing maker rivals our expertise in application engineering, design and customer support. 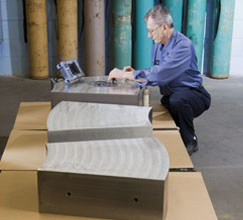 Integrity: Preserving the Kingsbury legacy of technical and professional excellence now and into the future.

Today, Kingsbury is hard at work on solutions for tomorrow's bearing challenges, always mindful of Dr. Albert Kingsbury's legacy of excellence and innovation. In fact, the company has remained stable and privately held by the descendants of Dr. Kingsbury even while the rest of the industry has experienced numerous mergers and consolidations.

With new products and technical advances, a focused team of professionals and a firm commitment to meet the needs of every customer, we enable superior machine performance through expert bearing solutions.

Brawley has been with Kingsbury since 1985, holding various positions in the Sales department including Sales Applications Engineer and Domestic Sales Manager. In 2003, he was asked to head Kingsbury Magnetic Bearings (KMB) Division. Following the sale of KMB, he took over the company’s Repair & Service Division in 2008. In July 2016, he was named Chief Operating Officer, and was responsible for Kingsbury’s stateside operations in Philadelphia, PA, Oshkosh, WI, and Yuba City, CA.

Brawley holds a Bachelor of Science in Physics from Widener University, Master of Science in Mechanical Engineering from Drexel University, and an MBA from Colorado State University. He was elected by the Board of Directors of Kingsbury to the role of President & CEO, in March 2017.

Mick McCann is Vice President of Sales and Marketing. McCann started at Kingsbury in January 1994 as a Sales Applications Engineer responsible for customers in the southeast United States. In 1998, McCann's sales responsibilities were expanded to include Far East Asia. Since that time, McCann has made regular visits to China and Japan to cultivate Kingsbury's business interests. In 1999, McCann was promoted to the position of Senior Sales Applications Engineer. By 2003, he became responsible for the management of the Domestic Sales staff and has held additional titles of Sales Supervisor and Manager of Sales along the way. McCann was appointed Director of Sales & Marketing in May 2007.

McCann holds a Bachelor's Degree in Mechanical Engineering from Villanova University and an MBA from St. Joseph's University.

In April 2010, the Board of Directors appointed Mick Vice President, Sales and Marketing.

Dr. Morched Medhioub joined Kingsbury, Inc. as director of the company's new European office in Göttingen Germany in November, 2011. Dr. Medhioub has more than 20 years of expertise in the field of hydrodynamic bearings, and is an alumnus of the prestigious University of Braunschweig in Germany, where he received his undergraduate and doctoral degrees in Engineering. His accomplished background in fluid-film thrust and journal bearings, coupled with his experience as former managing director of Sartorius Bearing Technology, make Dr. Medhioub perfectly-suited for his new sales and engineering leadership role at Kingsbury.

Fred Weisinger is Kingsbury’s Vice President of Engineering. He has worked in the rotating-equipment industry for more than thirty years and in the fluid-film bearing industry for most of that span. His experience and capability covers the entire range of radial and thrust bearing designs in fossil, nuclear and hydroelectric power plants. Fred has solved technical bearing problems for a wide range of customers that have required his on-site technical expertise on board a U.S. nuclear submarine, on a North Sea oil platform and at power plants and chemical plants throughout the U.S. and abroad, from Europe to Southeast Asia. Fred has held various roles at Kingsbury, including Manager of Technical Support Services, Repair & Service – Division Manager, Chief Engineer, and Assistant Chief Engineer. In his new role, Fred will have responsibility for Engineering and Research & Development for Kingsbury.

Fred has a Bachelor of Science Degree in Mechanical Engineering with Honors from Drexel University.

In addition to his Engineering responsibilities, Fred is active as a member of the Technical Committees for both Hydrovision and Power Gen trade shows. He has spoken on the subjects of bearing design, maintenance, and failure analysis at these as well as various EPRI and Turbine/ Generator Users Groups throughout the country.

In April 2010, the Board of Directors of Kingsbury, Inc. appointed O’Hara to Chief Financial Officer.

Joy L. Johnson joined Kingsbury as Executive Secretary supporting the President & CEO, Board of Directors, Shareholders, and Executive Team in August 2013. Ms. Johnson has more than twenty years of Corporate Secretarial, Governance, and Board liaison experience and has previous experience working with and supporting Executive teams and Boards of Directors. Ms. Johnson was appointed an Officer of the Company, as Corporate Secretary of Kingsbury, Inc., in July 2017.


Research and Development at Kingsbury

Through over one hundred years of operation, Kingsbury engineers have amassed a wealth of information about bearing performance from thousands of field installations. But Kingsbury engineers never stop pushing the limits of bearing performance, searching for solutions to the challenges posed by high speed machinery in today's increasingly demanding oil and gas applications. 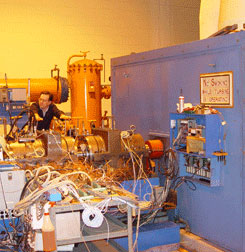 The Critical Role of Research and Development

Joseph Wilkes, Kingsbury's Vice President of Engineering, sums up the role of research and development best: "Our customers are demanding lower vibration levels, and there is more focus and analysis of the various frequencies that make up the overall vibration level. Ten or more years ago, many considered vibration as a single value, where now they are looking at the subsynchronous, synchronous, and supersynchronous frequencies much more closely."

According to Scan DeCamillo, Kingsbury's manager of Research & Development, "Turbomachinery is increasing both in size and in speed, which imposes great demands on bearings and machine dynamics. Since the industry began demanding greater machine efficiency several years ago, Kingsbury's direct lubrication designs have proved invaluable in maintaining low pad temperatures and improved efficiency. However, stability and vibration challenges have also surfaced. Our R&D efforts have allowed us to address vibration issues through patented designs, while maintaining the benefits of direct lubrication bearings."

Advanced, high-speed data acquisition equipment in Kingsbury's R&D facility allows our engineers to replicate, study and develop solutions to these pressing issues. Pad flutter and high sub-synchronous vibration, for example, can cause pivot fretting and wear, leading to increased bearing clearance and alarms over time. Instead of simply treating the symptoms, Kingsbury's engineering staff developed unique axial and radial SSV features that actually eliminated the source of the problems.

This approach exemplifies Kingsbury's commitment to eliminating bearing issues before they become problems, to enhance machine efficiency and minimize downtime.