Consequently, for critical applications, Kingsbury recommends using shoes with built-in temperature sensors so you can monitor actual metal temperatures under all operating conditions.

Either thermocouples (TCs) or resistance temperature detectors (RTDs) can be installed in the shoe body near the shoe body/babbitt interface. See figure below for Kingsbury's recommended location.

Thrust Measurement
If your bearing is subject to critically high loads, continual thrust measurement will give you a vital indication of machine and bearing condition. To measure thrust, we can install a strain gauge load cell in one or more of the upper leveling plates or thrust shoe.

This load cell is simply a steel column which is stressed in compression under load. Wire resistant strain gages mounted on the column register the strain. Since the strain is directly proportional to load, instrument readout can be calibrated to show thrust directly.

Each load cell is installed so that the bearing shoe rests directly on top of it, or if installed in the thrust shoe, the shoe support is replaced by the load cell and contacts the upper leveling plate. 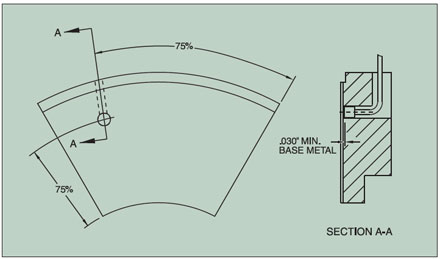 You can purchase a complete thrust measurement system from Kingsbury, or you can order any of the following system parts: 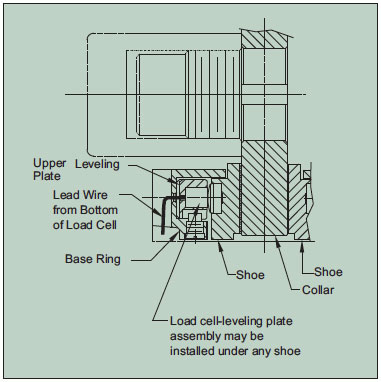 Shaft Axial Position Indication
If knowing the exact axial position of your machine shaft is important, Kingsbury can incorporate a proximity measuring system into our standard equalizing thrust bearing. A proximity probe inserted through the housing, base ring, and lower leveling plates detects any thrust collar movement. 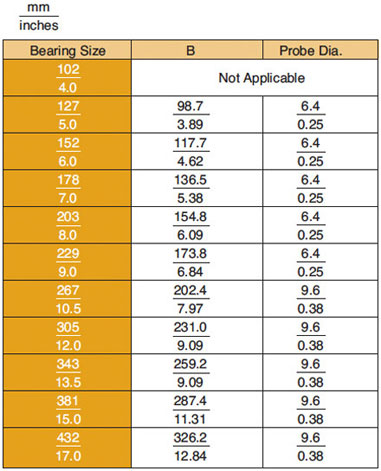